Evening On The Savannah

The Fresno County Zoo Authority is the public agency responsible for the administration of Measure Z, the unique transactions and use tax (sales tax) collected throughout Fresno County for the support of the Fresno Chaffee Zoo in the City of Fresno. The sales tax, at the rate of one tenth of one percent (0.1%), is collected by retailers and sent to the State Board of Equalization (BOE). The BOE then deducts its administrative fee and forwards the remaining revenue (averaging about $11 million per year since 2005) to the Measure Z Fund held in the Fresno County Treasury.

The Zoo Authority may spend up to 2% of the revenue for its own administrative expenses. Of the remaining 98%, at least 2/3 must be spent on capital improvement projects at the Fresno Chaffee Zoo, and up to 1/3 may be spent on its operations and maintenance.

The Zoo Authority is governed by a seven-member board consisting of six qualified electors (Fresno County voters) who are appointed by the Fresno County Board of Supervisors, plus the Mayor of Fresno (or member of the Fresno City Council who serves as the Mayor’s designated Alternate). As an ex officio member, the Mayor/Alternate serves as long as he or she is in office. One of the appointed members must have expertise in zoo matters, and is nominated by the Chair of the Board of Supervisors to serve for the same (one-year) term as the Chair. The other five appointed members are each nominated by a member of the Board of Supervisors, and serve for the same four-year term as the nominating Board member.

The Fresno Chaffee Zoo is the responsibility of the private, non-profit Fresno’s Chaffee Zoo Corporation that took over Zoo operations from the City of Fresno on January 1, 2006. The Zoo Authority and the Zoo Corporation have entered into appropriate contracts to spend the tax proceeds. 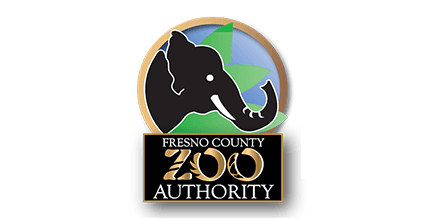 Due to the current Shelter-in-Place Order covering the State of California and Social Distance Guidelines issued by Federal, State, and Local Authorities, the Zoo Authority is implementing the following changes for attendance and public comment at all Board meetings until notified otherwise. The Board room will not be open to the public. Any member of the public and the Zoo Authority Board may participate from a remote location by teleconference.